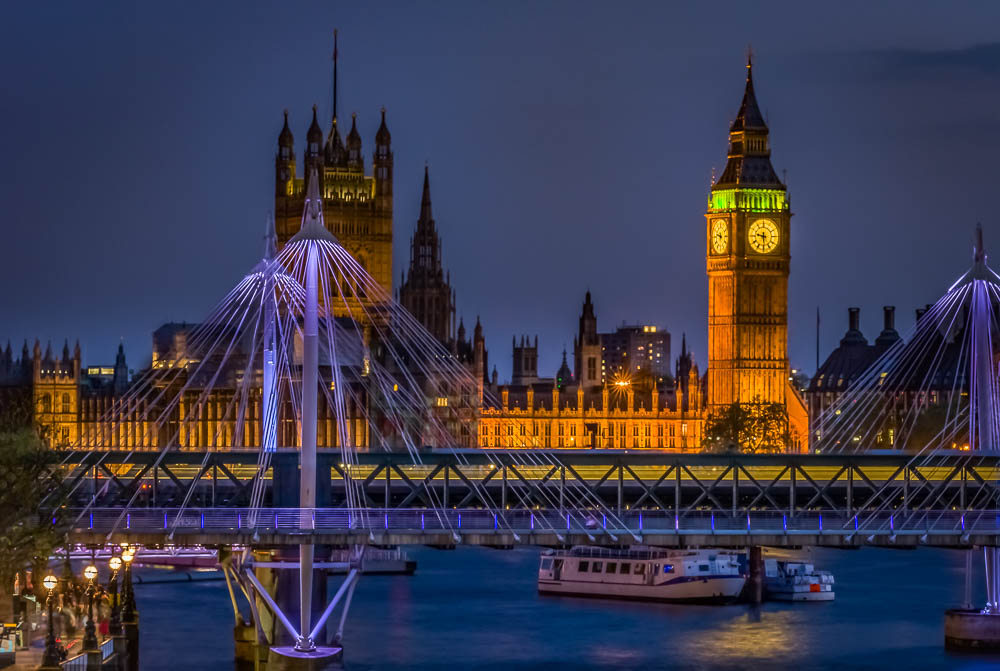 Wherever you find yourself along the Thames you’re guaranteed to be close to at least one of these famous bridges of London.

Why Bridges of London?

Since I moved to London, I was fascinated by the beauty of this metropolis architecture. But especially, my attention was attracted by the bridges over Thames. Thousands of tourists and locals, photographed London’s bridges every single day, that’s what I’m going to do either, just …. I’ll try two photos for each bridge, a classic one, but also a new perspective that many people do “not see it”. From Richmond Bridge to the Thames Barrier, I’ll try during my London photo walks to photograph the most interesting bridges in terms of architecture.

Until now, I was pretty busy and I have been photographing just Saturday night at sunset, but I’m going to wake up early in the morning and to shoot at sunrise, that will allow me  to avoid crowding and to show to the people o different light and color of the bridges of London.
I’m still looking for some interesting perspective for London Bridge, it’s pretty tough because of the architectural shape, but I’m not getting hit.
I’m probably going to finish this project at the end of 2017 to start another project about other London’s masterpieces architecture, a project that will be a surprise, I hope so, fingers cross :).

My gear for this project: